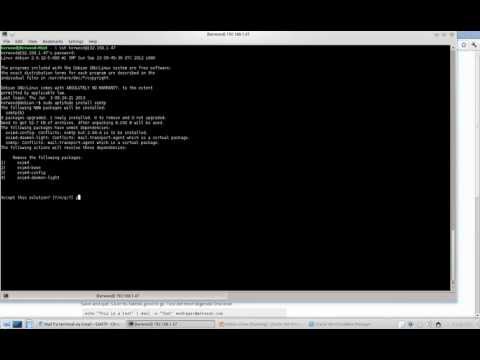 My response to “The Ripple Problem”

I find Adam’s editorial to be problematic, especially with all of the inaccuracies and clear bias for Bitcoin and against Ripple.
For example:


They aren’t really traded as currency themselves, instead they are intended as an anti-spam mechanism – Like a stamp on an envelope with a check inside.


It’s true that XRP does fight spam transactions—the more transactions you make, the more XRP you have to put behind them. However, XRP is a first-class cryptocurrency in its own right that is traded on several exchanges. XRP has recently increased in price from 1000 XRP/USD to 20 XRP/USD--about 5¢ and rising quickly. I suspect it’ll be a lot than 5¢ a year from now. Just like BTC back in the day.


What if you don’t want to send Bitcoins? Ripple is a good option.


Actually, Ripple is a great option if you want to send Bitcoin, since you can pay anyone with a Bitcoin address (using any currency I might add) from your Ripple wallet.


Where Bitcoin is an ownership based person-to-person system, Ripple is built on interconnected networks of p2p credit. Bitcoins are wholly owned with no risk of the redeeming party defaulting.


XRP is a cryptocurrency—it also has no counter-party risk and doesn’t require trust to transact in it with anyone else on the Ripple network. Someone who you’ve extended credit to or a gateway holding balances for you in something other than XRP can stiff you, that’s true. But that’s no different (at least from the user’s point of view) than a Bitcoin exchange or web wallet today.


I don’t think it’s fair to say that Ripple is Bitcoin 2.0; it’s more like a parallel evolution that brings its own strengths and weaknesses to the table. It’s a better fit for some needs, and worse for others.


It would be interesting to hear how Ripple is “worse” for some needs compared to Bitcoin.
Why is it not fair to call Ripple “Bitcoin 2.0”? If we’re objective, Ripple has features that most Bitcoin users would like to have:
If Bitcoin 2.0 could magically appear next month, it would likely have most of these features. All of the technical goodies—m of n signatures, smart contracts, deterministic wallets, etc. are in Ripple too, so you don’t lose anything there.


One of the liabilities that Ripple has all to itself is a corporate structure.


How can Ripple Labs have any liability for an open source protocol? That’s like saying RedHat is liable if I hack a bank website using a laptop running Fedora or Google is liable for someone looking at childporn on the web using Chrome. Do you think investors like Andreessen Horowitz and Google Ventures would open themselves up to that kind of liability if that were the case? Short answer: no.
Adam attempts to make the case that complying with regulators is something Ripple Labs had no choice in because they’re a corporation. He even goes on to say:


It’s also not surprising that Ripple Labs takes that approach – What choice do they have? If they’re seen as aiding or enabling illegal activities they have facilities that can be raided, assets that can be seized. Look at how law enforcement deals with media piracy, anything a payment network would be guilty of is of course worse.


This is wrong on so many levels. How again is Ripple Labs liable if someone buys something illegal with XRP? Or with legacy currency routed through Ripple? People make fraudulent purchases with all kinds of payment systems, including credit cards. I’ve never heard of anyone from Visa or MasterCard going to jail for that. No matter what happened, Ripple Labs couldn’t be accused of aiding illegal activities for being the creators of the Ripple network no more than creators of TCP/IP or SMTP can be accused of aiding the illegal activities their technology enables everyday.
Remember, Ripple Labs doesn’t own or operate the Ripple network.
The vibe I get from this article and from the Bitcoin community is that Ripple isn’t to be trusted because it came out of a venture-backed company, which by their definition makes it evil. And let’s not forget that Ripple is "pre-mined", as if the only legitimate cryptocurrency is one where users mine it themselves. This sounds similar to what people said when the Macintosh brought the GUI to the mainstream—“real computer users use a command line.”
So at the end of the day, this is more about philosophical and political differences, not technical superiority or ease of use.
I get the appeal of Bitcoin—it’s incredibly disruptive and changed how we think about money. In fact, I gave a talk on Bitcoin last week. As a technologist and entrepreneur, I’m fascinated by it. But Ripple has the potential to take the disruption even further, at least with mainstream users and a lot sooner.
Anyone on Ripple can create a gateway or a currency, like TTBits does for silver dimes (DIM), which you can do using only the Ripple client. Anyone can be a market maker in something of value.
Bitcoin is an amazing technical innovation; but Ripple will likely be the way the playing field for the disenfranchised and the unbanked gets leveled sooner rather than later.

Email is a very common communication medium in today’s world now. Anyone can easily communicate or share any document with friends, family members, and colleagues by sending the email. Generally, people use any free email server like Gmail, Yahoo, Hotmail etc. for sending the email. But you can send email from command line easily in […] send smtp email from windows free download. SENT SENT is a lightweight FileMaker HTML Email Client. It directly integrates with FileMaker Pro and all Below are instructions on how to test SMTP AUTH against a mail server using Telnet and entering the commands by hand.. The first thing you need to do is get a base64 encoding of your username and password. There are a couple ways to do this, the example below uses Perl: . perl -MMIME::Base64 -e 'print encode_base64("username");' perl -MMIME::Base64 -e 'print encode_base64("password");' Es gibt Fälle, in denen soll das eigene Linux-System Mails verschicken können.Ein Beispiel wäre etwa Cron, das im Fall von Problemen Status-Mails verschicken kann. Oder man hat einen Webserver installiert, über den mittels der mail-Funktion von PHP Mails verschickt werden sollen usw., doch extra dafür schwere Brocken wie Postfix, Sendmail und Co. einzurichten wäre zu aufwändig. While trying to send mail, it is getting connected to smtp server but then i get the error "Can't send command to SMTP host". Below are the logs after enabling debug.

A very simple command line program that can be used for checking the balance of any nxt account, and also send nxt coins from one account to another. Links: Source to this demo program: https ... A short guide on how to send a mail via SSMTP from your Linux server via Google's SMTP. Quick and easy. Bitcoin Programming Objective Sending Bitcoin from one address to other using nodejs. Pre-requisites • Node js • bitcore-lib: For creating sender & receiver ... Email from telnet command line using TCP port 25 This shows how to test that an SMTP server is working correctly by issuing step by step SMTP commands using the telnet program at the Windows command prompt....